A Tribute to Stellar Conquest via Declaration of Empire

I've been a wargamer my entire life. I enjoy CRT's, shifts, grain analysis, establishing defensive lines, etc. So here's my long overdue tribute to what I consider one of the best games from the 1970's.  I've been putting together this little AI project (Declaration of Empire) as a side project while I develop the technology for a chapter I provided for Game AI Pro: Collected Wisdom of AI Professionals. It's a tribute to Stellar Conquest (Metagaming 1979). 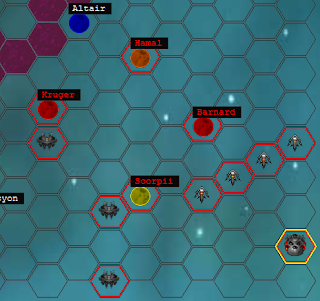 In short it's "A game in which four alien societies invade an unknown section of the galaxy. Each player accepts control of an expeditionary force, which they will grow into an interstellar empire."

While the Declaration of Empire (DOE) has similarities to Stellar Conquest, DOE's AI is quite interesting in that while developing it over the 2013 summer, I've used my accumulated archive of every Stellar Conquest article since the early 1970's to craft the underlying strategies. These articles coupled with some technology that I've developed for the AI engine simply entitled Noumena, make for a game that is challenging and (I'm happy to say) yields a number of late game surprises. 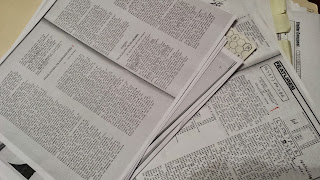 While DOE is being written on a Windows system, it should be fairly straight forward to recompile DOE for either MacOS or Linux with the eventual availability of DOE on Android and IPad tablets. I haven't worked out the distribution method for the initial desktop releases, but it should be reasonable if not almost free.